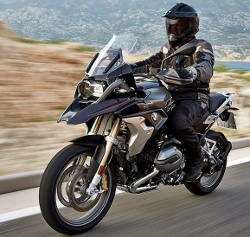 BMW have issued a major recall for all BMW R1200GS and R1200GS Adventure models manufactured between November 2013 and June 2017.

It’s important to note that there are no known instances of this happening as a result of normal road use, but motorcycles which have been used extensively off-road, or which have experienced high-impact shocks to the front fork, could have sustained damage.

All motorcycles covered by the recall period will be retro-fitted with an additional fixed fork tube bush which slides over the existing fork tube to strengthen it – unless there is evidence that the fork has already sustained damage. If that is the case, the fixed fork tubes will be replaced by modified new parts.

BMW Motorrad say that ‘during ongoing field observations, the fixed fork tube of the specified models can suffer damage, due to unusual incidents with momentary high stress, without the user noticing. Potential preliminary damage to the fixed fork tube manifests itself through a gap between the pipe and the pressed-in, top seal plugs.

‘If the fit of the pressed-in seal plug has loosened, the gap may increase through longer, high-stress usage. This may lead to oil leaks and noise. If these signals are not perceived, or are ignored, and further high-stress incidents occur, the plug may become completely loose. Subsequently, critical driving conditions cannot be rules out.’ That critical condition could be a fork detachment.