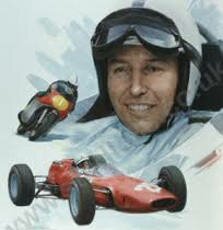 The motor sport world recently lost a gem when John Surtees, one of the most talented racers on two and four wheels, left for his heavenly abode on 10 March 2017, exactly 14 years after the demise of another legendary racer, Barry Sheene.

John Surtees’ contribution to the world of motorcycle racing goes beyond just winning championships. His exceptional talent was complemented by his bravery and will to achieve what others could only dream of. John Surtees was the only racer in the world who managed to win a Formula One championship (1964) and also numerous motorcycle Grand Prix championships in his racing career.

Born on 11 February 1934 in Surrey, England, John Surtees started racing at a very young age. In fact, he first participated in a sidecar race with his father and won. Unfortunately, they were disqualified when the race officials discovered that John Surtees was underage for the class. However, that did not dampen the teenager’s dream to go racing. His racing career, which started in the early 1950’s, lasted for more than two decades.

Vespa has long been credited with creating the scooter, but a little-known American manufacturer from Nebraska may have beaten the iconic Italian brand to the punch.

The first mass-produced scooter, the Vespa, what means ‘Wasp’ in Italian, was created in 1946 by Piaggio, an Italian aircraft manufacturer. After the end of World War II, Piaggio had a surplus of landing wheels and wing panels, and gave its engineers a quirky but simple brief: ‘Develop a motorcycle which could be ridden by a woman or a priest.’ And so the step-thru scooter was born. Or was it?

Founded in 1901, Cushman Motor Works made engines for industrial and farm use. One of its first engines was a two-stroke for small boats. In about 1936 Cushman decided it could sell more engines if ti made a cheap, easy-to-use motorcycle, and the result was a scooter. 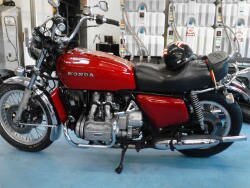 In the past 40 years, a friend of my has always owned at least one Honda GoldWing. He started out with a Honda GL1000 in 1977 and, as you might imagine, he’s owned quite a few since then alongside many other types of motorcycle. But there’s something about the original Honda GoldWing which keeps him coming back for more – and that says something significant about Honda’s achievement.

Aimed squarely at America, the Honda GL1000 was so successful that Honda sold more than 25,000 original GoldWings each year in the USA and ended up building the things in America. The Honda GoldWing is a lot like the Range Rover: it’s almost a marque in its own right.

After stealing the scene with the Honda CB750 in the late 1960s, Honda then had to share the spotlight with the superbikes of the early Seventies. The CB struggled to keep up with Kawasaki’s Z1 and couldn’t match the long-distance capability of BMW’s touring twins. So in 1975 Honda introduced a revolutionary motorcycle: pressurized water-cooling, a decade ahead of its time, equipped with an unobtrusive shaft drive that followed – a giant leap forward. And, by the standards of the era, simply gigantic. 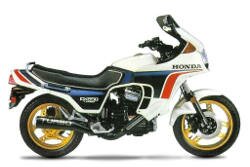 I know what you’re thinking: how can you claim the turbo models from the four Japanese manufacturers were ‘overrated’ when nobody actually bought one?

Expectations were high when rumors swirled in the early ‘80s that motorcycles with turbochargers would soon be available. Evidence from the car world suggested these would be giant-killers, with acceleration to make you scared.

At the time, engine development was well ahead of chassis technology and hwat the really powerful motorcycles needed most wasn’t more horsepower but a way of getting the power to the ground. Had turbocharging been patient enough for perimeter-alloy chassis technology to emerge, history may have written differently. 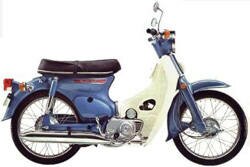 At first glance it is hard to believe that the Honda C100 Super Cub would be the greatest bike of all time, because in 1958 almost nobody outside Japan knew the Honda C100 existed. It was simply a domestic market motorcycle. In fact, if you look through the motorcycle press of 1958 and 1959 you will not find a single instance of the name Honda, let alone any mention of a C100 Super Cub.

Instead, in the early years of motorcycling the Brits were the leaders in motorcycle technology, there were features extolling the might of the British industry: 'The new BSA 250 Star' – thoroughly well made, robust and inexpensive.' Motorcycle shows concentrated on Norton, Triumph, Royal Enfield and the rest, as well as a swarm of obscure European manufacturers. Little did they all know a tsunami was on the way.

Honda entered the TT in 1959, winning the Manufacturer's Award after taking sixth, seventh and eleventh. In 1961 Hondas took the top five places in the Lightweight 125 TT, with Mike Hailwood providing their first win. 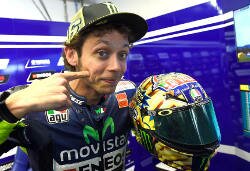 Valentino Rossi is a true mercurial talent, sponsor magnet, ageless enthusiasm and a million more characteristics have turned the son of a mid-ranking Grand Prix racer into the Greatest of All Time.

Valentino Rossi approaches his racing in true maverick style, upsetting rivals, undermining competitors and delighting fans in equal measure. But when the visor goes down ice develops in his veins and his racecraft comes into force. So far only a teaser video has been released on Youtube. Filming has not yet started, there is no timeline for the film's release and no announcement has been made about who will play the lead character.

Sheene is based on his biography Barry: The Story of Motorcycling Legend Barry Sheene, written by his teammate Steve Parrish and MotoGP commentator Nick Harris. IO Films Australia and Deep Spring Pictures UK are still developing the film with a script from Ian La Frenais and Dick Clement who previously scripted the Commitments, The Bank Job, Flushed Away and Across the Universe as well as TV series Auf Wiedersehen, Pet and Lovejoy. 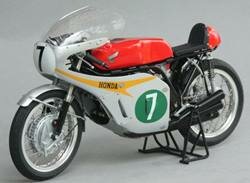 Honda is well known of experimenting with 6-cylinder motorcycles, and even though the mighty Honda CBX1000 is probably the first Honda that comes to mind, be prepared to be amazed by the 250cc Honda RC166 racer. Having won the Grand-Prix championships in 1966 and 1967 with Mike Hailwood in the saddle, the Honda RC166 is truly an impressive machine.

There is so much more to the Honda RC166 than meets the eye, and despite being what is now called a small-displacement machine, the Honda RC166 is a marvel of engineering. Packing enough engine combustion size for that era to make it a wild beast, the engine of this jewel revved close to 20,000 rpm, a feature that is still hard to match nowadays.

If you think that the modern-day motorcycles sound aggressive when revved hard, take your time to listen to the amazing sound of this glorious motorcycle. The Honda RC166 had a seven-speed gearbox, and could easily go faster than 240km/h 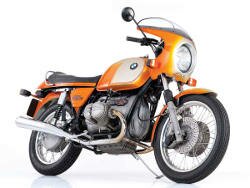 The BMW R90S, launched in early 1973, changed the general perception of the era that BMW's were unexciting. The first production motorcycle to feature a factory-fitted fairing as standard equipment to make it stand out. Early examples cam in smoke black, and for '76 there was the Daytona Orange. The BMW R90S Daytona Orange even came with hand-painted pinstriping.

The BMW R90S engine was based on the R90/6 touring model, now with a five-speed gearbox. The BMW R90S had higher compression pistons and 38mm Dell'Orto carburetors to crank out its, for that time amazing 67 horsepower. 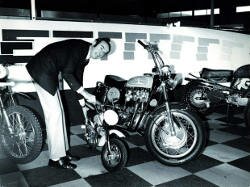 Leopoldo Tartarini, 83, designer of the most iconic Ducati's ever made, including the 1971 750 Sport, the green-frame 750SS street version of Paul Smart's 1972 Imolo 200-winning factory racer, the 350cc and 500cc parallel twins (which were built in his Italjet factory) and the 900cc Darmah V-twins, passed away 11 September, 2015, at his home outside Bologna, Italy.

Tartarini's motorcycle career began at the age of 20 in 1952, when he won the sidecar class in the grueling 18-hour, single-stage Milano-Taranto open-roads marathon riding a BSA 650 Golden Flash outfit he designed and built himself. After a test a Monza, Count Domenico Agusta offered him a place in his MV Agusta factory race team for the 1954 GP season – an honor Tartarini was obliged to refuse after his mother asked him to stay home and manage the family motorcycle dealership in Bologna.