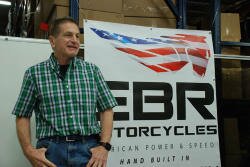 EBR Motorcycles, formed only in early 2016 by liquidation specialists Bill Melvin Senior and Junior, is winding down operations.

The company run by the pair – Liquid Asset Partners LLC – took on the business promising to produce 500 motorcycles per year, continuing Erik Buell’s work in motorcycle manufacturing that, over the past decade, has been bought and sold by Harley-Davidson and tied to Indian company Hero MotoCorp in a WSBK bid that broke down amid accusations of theft.

The Buell Motorcycle Company was founded in 1983 be ex Harley-Davidson engineer Erik Buell, building race motorcycles and selling parts, as well as carrying out engineering consultancy work. In 1993 Harley-Davidson bought 49 percent of the company, and took it on entirely in 2003. By the end of 2006, the business had built more than 100,000 motorcycles. 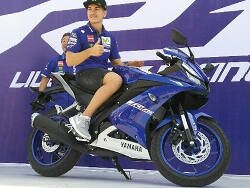 Yamaha MotoGP riders Valentino Rossi and Maverick Vinales unveiled the new 3th generation of the Yamaha YZF-R15 in Jakarta, Indonesia. The new look of the 2017 Yamaha YZF-R15 is clearly inspired by the new Yamaha YZF-R6, the Deltabox frame has been retained with a perfect 50:50 weight distribution, while Yamaha has introduced USD front forks.

The 2017 Yamaha YZF-R15 also features new headlamps, in between the two headlamps is a section that looks like a pseudo air intake. The headlamps are sleeker, but they are still halogen lights.

The 2017 Yamaha YZF-R15 also gets new multi-spoke aluminum-alloy wheels that match the body fairing color, similar as on the YZF-R3. The fuel tanks is redesigned and looks sharper, the rider and pillion seat have been reworked to be more comfortable. The pillion seat is also lower than on the outgoing model. The instrument panel gets a all new digital layout, which is more easier to read. 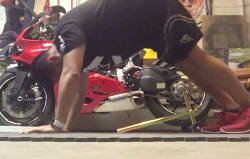 Health these days is becoming more of an aberration than a norm compared to what it was in our simpler and more physical past. And its definition is complicated; with outward physical appearance becoming its prime measure from amongst a million possible others. If you ‘look’ slim and fit – you must be fit. True. Actually no. Formally, truly good health is a two element state that you are able to eat anything that you want to or like to without ill effect and that you are able to indulge in any kind of physical activity that you want to or need to and be able to do it.

Eat sweats without you blood sugar levels rising, salty pickles without your blood pressure hitting the ceiling, fried foods without indigestion or fear of gaining weight etc and you’re healthy. And on the physical level, climb 10 floors to your flat, run a few kilometer with your teenage son, ascend a mountain just to sit in the shade of a tree on top etc and you’re healthy. Your physical shape is a consequence of health, not its precursor. 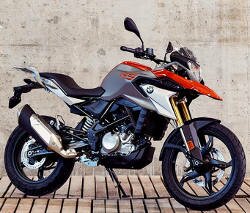 Following the excellent reception of the BMW G310R worldwide in its role as BMW’s sub-500 dual purpose lightweight, the factory has officially announced the BMW G310GS, a full blown BMW GS in every sense of the word and easily recognized as a true GS when compared with any of the much larger BMW machines… and a neat looking motorcycle.

The BMW G310GS is a true GS with typical but updated styling and versatility unrivaled in this motorcycle market sector, compact, light and easy to handle at home around town in traffic or blasting across country in comfort benefiting from its obvious versatility, add to this straightforward and simple controls and other neat touches like an LCD instrument panel it provides a safe and enjoyable ride suiting both the novice or experienced ride alike.

Engine is the 313cc (80 x 62.1) liquid-cooled single-cylinder with 4-valves DOHC and electronic fuel injection. Already well proven the single-cylinder head is rotated by 180 degrees and tilted to the rear permitting a fresh air-fuel mixture to be drawn in at the front with the exhaust pipe at the rear of the cylinder head. 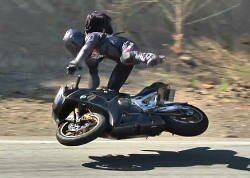 Our life is a total sum of our experiences. Those experiences – be they positive or negative – make us the person we are today. While this is a broad topic, I’ll narrow it down to motorcycling. Most of you reading this must have ridden a motorcycle sometime in your life. Each and every one of us knows the risks associated with riding on two wheels.

Things can get real bad real fast and this doesn’t have to be on a big highway, a simple U-turn around the block can be a potential spot for a disaster.

There are few things in life as humbling as not being able to take care of yourself, I’ve seen this first hand in some fellow riders who are now unable to ride. Not being able to do things as simple as reaching out for the TV remote will highlight how lucky we are to get around and do all the little things that we take for granted. 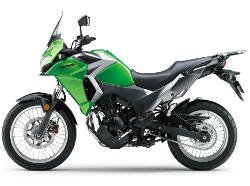 ‘There will be a huge range of genuine accessories available that will suit the adventure-touring sector, we’re confident the Kawasaki Versys-X 300 will be offered at a competitive price point, and we think the Versys-X 300 will take off in Thailand. 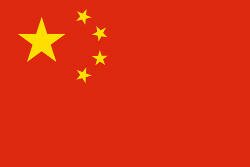 You do know that China produces more than 24 million motorcycles every year, and exports 34 percent of them, yes? There are more than 200 motorcycle manufacturers in China and their output accounts for a touch over 50 percent of all the motorcycles made in the world.

And they are coming here. It is inevitable, even though our domestic ‘import’ motorcycles market is relatively small in comparison to other countries. It’s still a market and some of them are already here. Brands like Lifan, Keeway and Zongshen are being sold to people after a dirt-cheap, almost disposable little dirt or road going motorcycle.

Yes, they appear to be made of recycled noodle cans, good wishes and bamboo, but people are buying them. Actually the motorcycles from Lifan, Keeway and Zongshen currently on the market in Thailand are of decent quality. 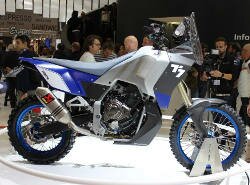 At last year’s EICMA Motorcycle Show in Milan, Yamaha showed us an adventure bike that generated a huge amount of hype. It was tipped to be the successor to the current outdated Yamaha ZT660Z Tenere.

Yamaha names it the T7 and although they were calling it a concept, it got a lot of Tenere Traqics oraying that it would go into production – and it will, but not until 2018. The company appears to have stopped production of the Yamaha XT660Z in Europe and is sitting on stock to meet demand until the Yamaha T7 arrives.

There has been no indication on price or when the Yamaha T7 will be available in Thailand. Assuming production goes ahead in 2018, after this year’s motorcycle show season, we would hope to see the motorcycle later next year. That will depend on the spec for Southeast Asia likely to want the MT-07 vertical-twin engine. 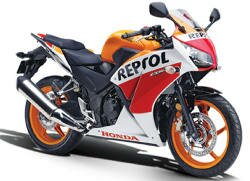 On the 17th of this month, MotoGP champion Marc Marquez celebrates his 24th birthday just months after bagging the world champion title in the 2016 season of the premier motorcycle-racing series. Now under his belt are three championships won on Repsol Honda motorcycles, which have become dream machines for millions of motorcycle enthusiasts across the world.

There is no doubt that Marc Marquez’s momentous victory has driven the success of the new 2017 Honda CBR150R in many countries, especial in Southeast Asia. Built not only for circuit racing but also for street use, the MotoGP-inspired motorcycle has proven its versatility for riders wanting a dependable daily commuter.

During weekend, you can do your racing leathers and take to the track with your motorcycle in a bid to improve your personal best times. 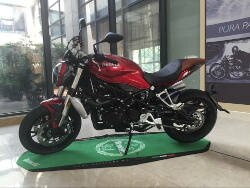 Testing is underway one the Benelli 750cc parallel twin we first talked about May last year – suggesting it will be ready for an official reveal before the end of 2017.

Videos have emerged in China, where the Benelli 750cc is being developed by parent company Qianjiang., showing finished-looking motorcycles in action.

The as-yet-unnamed 750cc parallel-twin motorcycle is even proudly displayed at the firm’s headquarters, as seen in the picture.

The red prototype reveals there have been few changes made since our last article about the Benelli 750cc parallel-twin. The exhaust silencer has been mildly reshaped and there are new castings for both the main and pillion footpegs. The headlight is fractionally different and the rear brake caliper has been repositioned from above to below the swingarm.