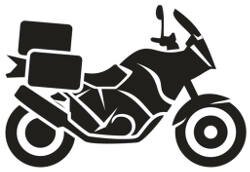 As a adventurous motorcycle rider, the least noble place to suddenly find yourself is on the ground. Yet there was, spooned up companionably with my latest adventure bike, in soft, deep gravel.

‘Damn it!’ I shouted angrily at the blue sky and actually relaxed a bit after I noticed a few clouds, my left knee and ankle pinched awkwardly under the heavy machine. Yes I was perturbed, but I wasn’t quite seeing red. 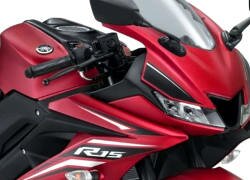 People have asked me, why the latest Yamaha YZF-R15 is the better 150 class sportbike in Thailand... The answer to start with, the single-cylinder, four-valve, liquid-cooled engine now has in the 2017 Yamaha YZF-R15 model a displacement of 155.1cc as compared to 149cc in the existing model. This is mainly due to a larger cylinder bore of 58mm as compared to 57mm in the outgoing model. The compression ratio has gone up from 10.4:1 to 11.6:1. The engine also gets variable valve actuation for an even torque curve.

The engine and performance figures for the Honda CBR150R has not much changed since it was reintroduced with PGM-FI (fuel-injection) system. 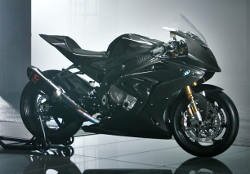 BMW shocked everyone at the last EICMA motor show in Milan when it unveiled the carbon-framed HP4 Race. Now, a few months later, BMW has revealed the production version – and it’s everything we’d hoped for.

BMW Thailand didn’t want to tell us the price, but outside Thailand the BMW HP4 Race Carbon will go for about 3.2 million THB and with only 750 examples on offer, only a few of which are heading to South East Asian countries, it’s a showy demonstration of BMW’s technical prowess, with the carbon-fiber chassis as its centerpiece. But the firm’s commitment to carbon construction is such that this could well be a precursor to more mainstream road-going models. 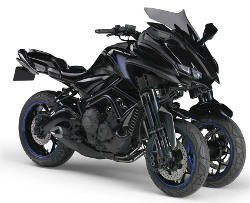 Yamaha already makes the Tricity scooter and has shown several other concepts including the 01Gen, 03Gen-F and 03Gen-X. Most importantly, in 2015 it revealed the MWT-09 – a concept motorcycle that was a step closer to reality, being largely grounded in readily – available MT-09 parts including that motorcycle’s 847cc triple-cylinder engine and even its swingarm.

Now several patents have emerged that appear to show near-production versions of the Yamaha MT-09, including a second, unfaired derivative. 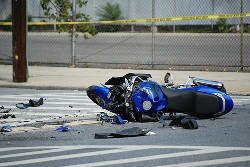 First, take a deep breath. Many riders have crashed and have gotten back on their motorcycles, even after considerable injuries and physical challenges. Realize that these feelings are normal. Second, you don’t have to just ‘suck it up and deal with it/’ You riding friends may tell you to just get over it and ride as soon as possible, and may try to convince you that your confidence will come right back with seat time and practice. But it’s just not that simple.

While many believe that your confidence will magically return once you get on the motorcycle, or that just the act of riding will sweep away the bad experience and that you will be right back with the confidence you had before – that isn’t the case. Specific things need to happen in order for you to ride confidently after a crash. Most important is understanding exactly what went wrong. Why did you crash? 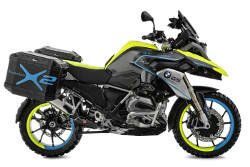 On April Fools’ Day BMW took several scalps with a fake press release presenting an xDrive Hybrid R1200GS, with an electrically-driven front wheel. Of course there’s no such motorcycle – but it looks like something very similar might be in the pipeline.

It’s not clear whether it has a coincidence or part of an elaborate double-bluff, but just days before BMW sent out its dummy press release, a genuine patent application titled ‘Motorcycle with an electrically driveable front wheel’ was published by the World Intellectual Property Organization (WIPO). It’s owner? BMW.

It would be unimaginable for the firm to go to the extent of writing an filing a complete patent application simply to bolster a fleeting, one-day joke. Not least because the slow-turning wheels of the patent system mean the document was actually first filed back in September 2015. 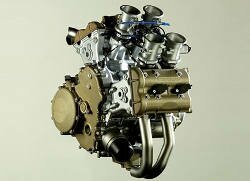 Every few days the amount of evidence supporting Honda’s new V4-engined superbike is growing, and two further patents can now be added to that bulging file.

The latest publications show, in some detail, a new three-part frame design that differs notably from earlier versions.

Before, the most detailed patent applications illustrated a Ducati Panigale-style monocoque chassis, a cast-alloy seat subframe bolted to the V4’s rear cylinder head, and a third cast section connecting the swingarm pivot point to the engine. 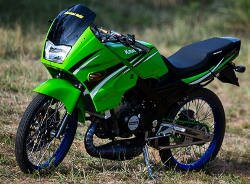 Two-strokes are now-a-day a rare sight in Thailand. By the end of the decade ever more draconian environmental legislation, particularly for exhaust emission, had all but wiped out new two-strokes. The brief appearance of few sporty Kawasaki’s models in downgraded power compared to other countries, was Thailand’s last chance to buy a new road legal two-stroke motorcycle.

But that wasn’t the end of the two-stroke in Thailand. A hardcore of fans and owners – many of them expats seeking a better life in the sun but seemingly unable to kick their two-stroke habits of old – have made sure that sweet, blue smoke still finds its way into the air. I met a guy, who relocated to Thailand 20 years ago. 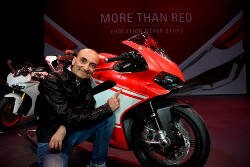 It seems rarely a week goes by without Ducati announcing more good news, be that awards they’ve won or sales being up. This month saw them reveal that their turnover grew to a far from shabby 741 million Euros for 2016, a result up 5.1 percent compared to the previous year.

This was presented at the annual Audi HG press conference, and Ducati also contributed an operating result of 51 million Euro with a margin of 7 percent to the Audi group. ‘The continous evolution of our range, both in terms of quality and technology, the constant development of our dealer network and the effectiveness of a strategy based on investments aimed at the products, the quality and the customers, have enabled the company to continue on its growth curve,’ said Ducati CEO Claudio Domenicali.

We asked Kawasaki Thailand if they wanted with the Versys-X 300 one on one with the Zongshen RX250 which is a Chinese build adventure motorcycle that looks remarkable similar and is available for a few years….

Kawasaki Thailand after a few questions about the Versys-X 300 versus the very similar looking 3 year old Chinese design got a bit hostile. So we backed off and used an different approach through another Kawasaki company and we finally got our hands on a Kawasaki Versys-X 300.

Maybe you never hear about Bajaj Auto before, what’s understandable they like to stay in the background of some of the big motorcycling industry names.

Since the first of April of this year Bajaj Auto and Kawasaki have officially ended the friendship, Bajaj Auto still controlling the Southeast Asian Kawasaki Motor Sport market until an undefined date and according to Kawasaki HQ nothing in Asia according Kawasaki distribution will change… meanwhile, Bajaj Auto is using any or all technology to build Kawasaki competitive machine with its Chinese affiliated company CFMoto.